As shown in the screenshot below, the frame is degraded once during execution twice.

In the very previous version of SDK, this problem did not occur even when three d415 sensor units were connected

I’ve run it on multiple computers, but the symptoms are the same 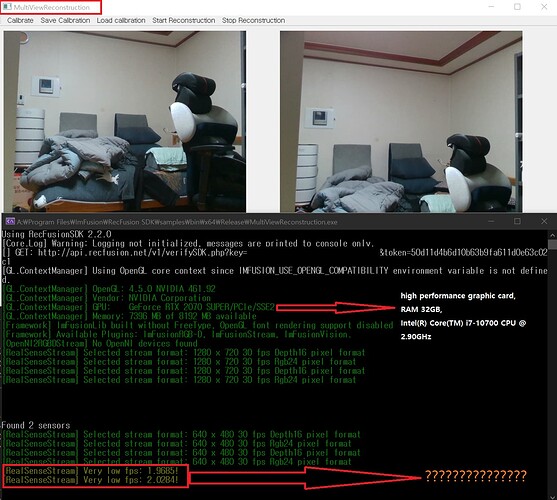 previous version didn’t include fps computation, but that doesn’t mean that it was always stable there. As long as the low fps is just an occasional occurence it should not cause a problem for the reconstruction.

If the frame is low, such as a screenshot, the following symptoms:

It is an issue that has never occurred before SDK Version, so please find the cause.

Could you please take a video of the screen during one
such problematic reconstruction together with the console window? This will help us to understand the problem better.